News across the globe

Across six continents we're full of interesting stories and plenty of activity. From acquisitions to our charitable activity, our news section is kept updated with content our visitors want to read.

Syed Haris raza while welcoming the guests said that June 8, 2014 terrorist attack had devastating effects on the aviation industry of Pakistan and Gerry's dnata took the major blow in terms of loss of valuable lives of staff and damage of its import warehouse. He said by the grace of God and support of industry friends and well wishers they have managed to acquire the new premises from Civil Aviation Authority and in record time they have upgraded it to cater their clients.

He also thanked CAA, Immigration Customs, ASF and all concern authorities for their support and specially thanked Mr. Akram Wali Muhammad and the entire Gerry's Group for all out support and encouragement in this humongous task where they had to rebuild everything from the scratch.

Mr. Akram Wali Muhammad was of the view that when the intentions are good God's support comes automatically. He said the support of PCAA and partner airlines were overwhelming. Today, he said, with the support of all they have managed to inaugurate this new Import Warehouse.

Mr. Zia-ul-Haq, Cargo Manager Gerry's dnata in his address said that the new Import Warehouse has an area of 45000 sq feet and is equipped with all the facilities to handle the incoming cargo. He said their staff had worked tirelessly day and night to get this new facility ready in record time. Mr. Zia thanked all partner airlines , CAA, Immigration, Customs, ASF and all concern authorities for their support.

After the ribbon cutting ceremony by Mr. Khalid Bardan and Mr. Akram Wali Muhammad the guests were given a round of the new Warehouse.

In the end the guests were entertained to a Hi-tea. Visit Gallery 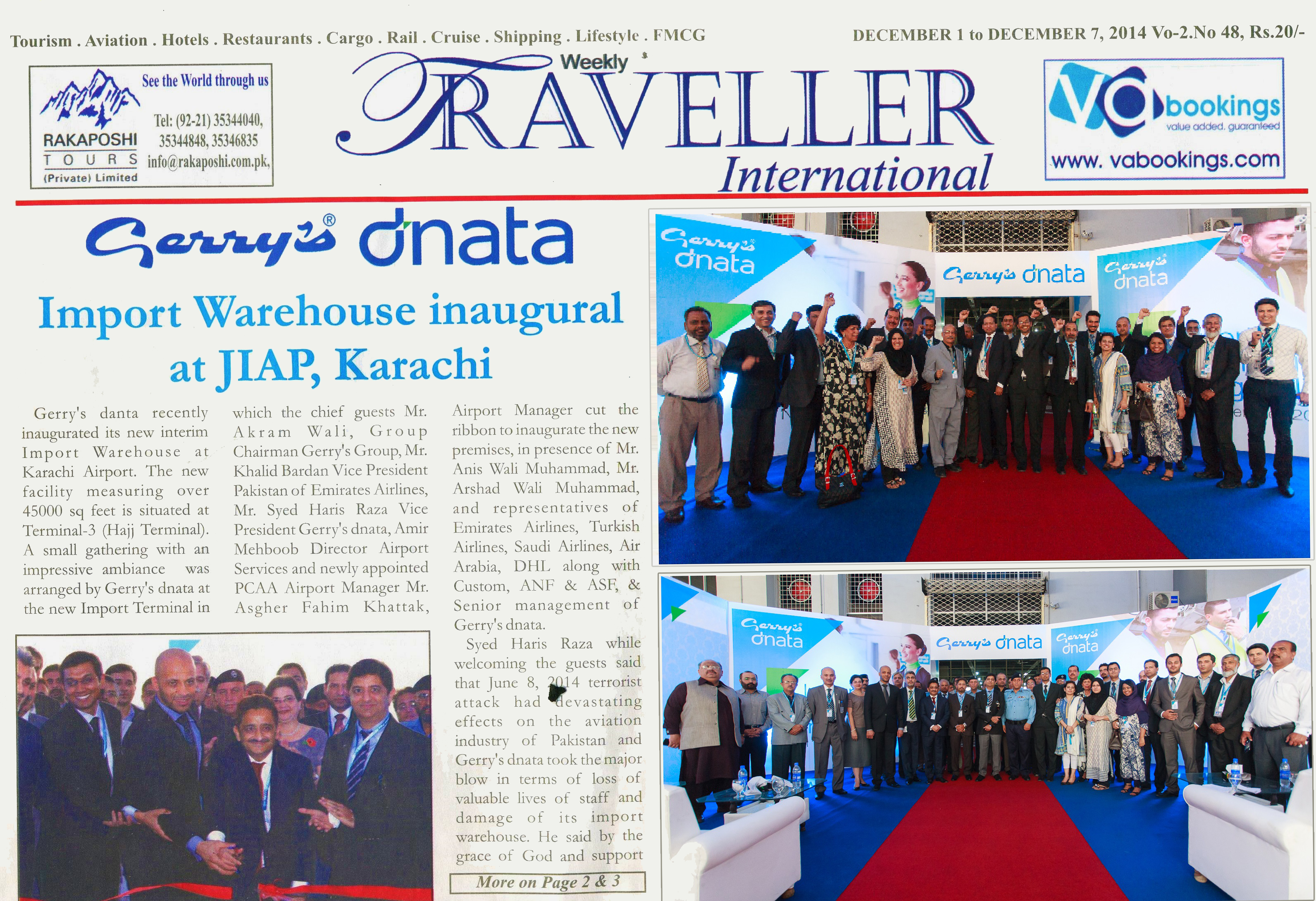